2. Governmental intervention to protect the vulnerable sections of the society

3. The role of NGOs, Civil societies in the development process

Prelims: Key features of the scheme.

Mains: Significance and the need for pan- India implementation.

The Ministry of Women and Child Development in collaboration with the Ministry of Home Affairs has envisaged engagement of Mahila Police Volunteers (MPVs) in the States and Union Territories who will act as a link between police and community and help women in distress.

All Chief Secretaries of States/UTs have been requested to adopt this initiative in their respective States.

The Mahila Police Volunteers scheme envisages creation of a link between the police authorities and the local communities in villages through police volunteers who will be women specially trained for this purpose.

Their primary job will be to keep an eye on situations where women in the village are harassed or their rights and entitlements are denied or their development is prevented.

In order to provide a link between police and community and facilitate women in distress, one Mahila Police Volunteer (MPV) is envisaged per Gram Panchayat across the country. MPV must be atleast 21 years old and class 12th these will be selected through a laid out procedure from among the empowered, responsible, socially aware women who will facilitate police outreach on gender concerns.

Facts - Haryana is the first state to adopt the initiative at Karnal and Mahindergarh District on a pilot basis under Nirbhaya Fund during the financial year 2016-2017. Further, the proposals of Andhra Pradesh, Gujarat, Mizoram, Chhattisgarh, Karnataka and Madhya Pradesh have also been approved for implementation of MPVs.

1. Government policies and interventions for development in various sectors and issues arising out of their design and implementation.

2. Development processes and the development industry the role of NGOs, SHGs, various groups and associations, donors, charities, institutional and other stakeholders.

Prelims: Features of the scheme.

Mains: Significance of the scheme.

Key highlights of the scheme:

The mission, which of OMCs in Odisha, is aimed to educate women on female hygiene and health, improve accessibility to low cost eco-friendly sanitary pads and boost rural employment and economy.

The three companies will set up 100 manufacturing units at the Common Service Centres (CSC) covering 93 Blocks across 30 districts of Odisha at an estimated cost of ₹2.94 crore.

At least 10 Ujjwala beneficiary women will get employment at each CSC. Each facility will have a capacity to produce 1,200-2,000 pads per day and will have a sterilisation room to ensure that the napkins are sterilised before they are packed for use by rural women.

The CSCs are also being provided with raw material, enough to make 45,000-50,000 pads. These napkins will be priced at ₹40 per pack, each containing eight pads.

The Ujjwala pads will be made of virgin wood pulp sheet, non-woven white sheet and a gel sheet which are all biodegradable in nature and will leave minimal carbon footprint.

Mains: Association of India with IRRI and its significance.

The Prime Minister dedicated the 6th International Rice Research Institute (IRRI), South Asia Regional Center (ISARC) to the nation. The Institute is built at the campus of National Seed Research and Training Center (NSRTC) in Varanasi.

The International Rice Research Institute (IRRI) is an international agricultural research and training organization known for its work in developing rice varieties that contributed to the Green Revolution in the 1960s.

Aim: The Institute, established in 1960 aims to reduce poverty and hunger, improve the health of rice farmers and consumers, and ensure environmental sustainability of rice farming.

India and the IRRI:

1. Welfare schemes for vulnerable sections of the population by the Centre and States and the performance of these schemes. 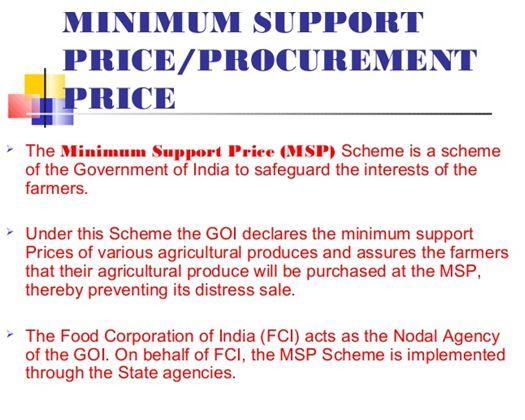 Prelims – MSP- crops covered, how is it decided.

In theory, an MSP is the minimum price set by the Government at which farmers can expect to sell their produce for the season. When market prices fall below the announced MSPs, procurement agencies step in to procure the crop and ‘support’ the prices.

The Cabinet Committee of Economic Affairs announces MSP for various crops at the beginning of each sowing season based on the recommendations of the Commission for Agricultural Costs and Prices (CACP). The CACP takes into account demand and supply, the cost of production and price trends in the market among other things when fixing MSPs.

Why is it important?

Price volatility makes life difficult for farmers. Though prices of agri commodities may soar while in short supply, during years of bumper production, prices of the very same commodities plummet. MSPs ensure that farmers get a minimum price for their produce in adverse markets. MSPs have also been used as a tool by the Government to incentivise farmers to grow crops that are in short supply.

The Pricing Cell, constituted by the Tribal Cooperative Marketing Development Federation of India Ltd (TRIFED), recommended inclusion of new MFPs under the scheme, given their importance to the economy of local communities.

A Planning Commission report had noted that MFP contributes to 20 to 40 per cent of the income of forest-dependent communities, especially the landless with a dominant population of tribals, and “provides critical subsistence during lean seasons.”

The MFP economy, however, is also known to suffer from unorganised and uncertain market demands, affecting economic returns to these communities.

Will a rise in the minimum support price (MSP) solve the problem of farm distress? Critically examine.

Mains - Significance and the need for National REDD+ strategy, performance of REDD+.

Highlights of the study:

Large-scale finance for REDD+ has been a major issue as carbon markets have not materialised and international funding commitments for REDD+ have been much lower than expected.

“REDD+ implementation costs have been high and benefits for local communities from REDD+ projects have been minimal.

There is need to rethink the REDD+ mechanism based on these experiences and the findings emerging from new research on the potential of forests to mitigate climate change.

Complying with the UNFCCC decisions on REDD+, India has prepared its National REDD+ Strategy. The Strategy builds upon existing national circumstances which have been updated in line with India’s National Action Plan on Climate Change, Green India Mission and India’s Nationally Determined Contribution (NDC) to UNFCCC.

The strategy report has been prepared by Indian Council of Forestry Research & Education (ICFRE), Dehradun.

Since its formalisation in 2006, REDD+ had emerged as the most prominent global mechanism to integrate the role of forests in climate change.  It was touted as a win-win situation for biodiversity conservation, carbon sequestration and local livelihoods.

More than 300 REDD+ initiatives have taken off since 2006. The mechanism has been enshrined in the Paris Agreement of 2015, and its implementation is transitioning from smaller, isolated projects to larger, jurisdictional programmes with support from bilateral and multilateral agencies.

REDD+ is a mechanism developed by Parties to the United Nations Framework Convention on Climate Change (UNFCCC).

It creates a financial value for the carbon stored in forests by offering incentives for developing countries to reduce emissions from forested lands and invest in low-carbon paths to sustainable development.

Write in detail the difference between REDD and REDD+.