Prelims – About the Memorial

The Princess Park, is a 14-acres area north of India Gate, with barrack-type accommodation, built during World War II, which since 1947 has served as family accommodation for mid level armed forces officers posted in Service Headquarters in New Delhi. 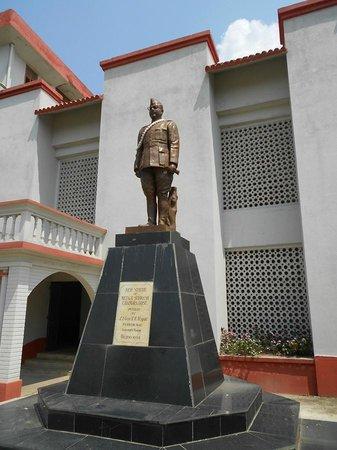 Prelims – About the Museum

PM laid the Foundation stone of the museum  on October 21, 2018. It marked the celebrations of the 75th anniversary of Azad Hind Government, formed by Netaji Subhash Chandra Bose.

An award in the name of Netaji Subhash Chandra Bose, was announced by the PM Narendra Modi to honour those involved in disaster response operations. The occasion was the dedication of National Police Memorial to the nation, on 21 October 2018.

Shubhash Chandra Bose was one of the person who fight for India freedom and he was the also called as Netaji. On behalf and for co-operation with Gandhi he was ready to participate in non coperation movement.

Contribution of Bose to INA and events: 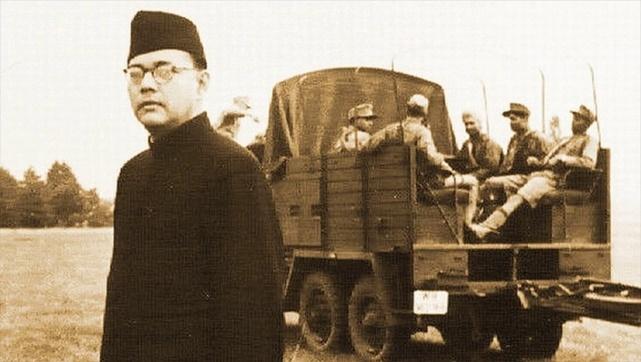 1. He was believing that only with Non voilence with British is not going to get freedom but there is to have Krantijari movement to fight against the British.
2. After second world war British government keep eyes on Bose but he run from their hand and reached to Germany and took help from Hitler and Mussolini.
3. After that he moved to Japan he formed INA with Malaysia, Myanmar, Singapore and India.
4. Captain Laxmi was the women leader of women army.
5. In 1943 INA soldier on Andaman and Nicobar and in Indian region Kohima and Imphal Manipur make free form British with 10000 British force dead in this fight.
6. But defeat of Japan in second world war soldier withdrew the army from Myanmar and Singapore.
7. For the future plan of INA Bose was moving to Manchuria when he died on Aug 1945 in blast of airplane and after that British government.  The court martial held the three INA men guilty and sentenced them to deportation for life, but the sentences were commuted under immense public pressure.

Examine the contributions of Subhash Chandra Bose’s Indian National Army (INA) to India’s freedom struggle and the events that led to its reconciliation in the national mainstream.

2. Governmental intervention in protecting the weak sections of the society

As heads of State and business leaders gather in Davos for the World Economic Forum this week, the UN agency that sets international labour standards is asking them to commit to a universal labour guarantee, universal social protection from birth to old age.

10th Schedule of the Constitution

Prelims: Features of 10th schedule of the constitution, dismissal, exceptions and judicial review of the decision.

Mains: Significance of anti- defection law, concerns associated with its misuse and measures to improve its transparency.

The Punjab Assembly has issued notice to Sukhpal Singh Khaira, Former rebel AAP leader and MLA from Bholath, for disqualification under the 10th Schedule of the Constitution.

Mr. Khaira had resigned from the party on January 6, but did not resign as legislator. Later, he floated a new political outfit.

What is the anti-defection law?

The Tenth Schedule was inserted in the Constitution in 1985 by the 52nd Amendment Act. It lays down the process by which legislators may be disqualified on grounds of defection by the Presiding Officer of a legislature based on a petition by any other member of the House.

If a member of a house belonging to a political party:

Exceptions under the law:

Legislators may change their party without the risk of disqualification in certain circumstances. The law allows a party to merge with or into another party provided that at least two-thirds of its legislators are in favour of the merger. In such a scenario, neither the members who decide to merge, nor the ones who stay with the original party will face disqualification.

1. Issues and Management of Health Sector

With 49 swine flu deaths and 1,694 cases reported in just one fortnight from January 1-13 as per data released by the Integrated Disease Surveillance Programme (IDSP), several States are on alert. 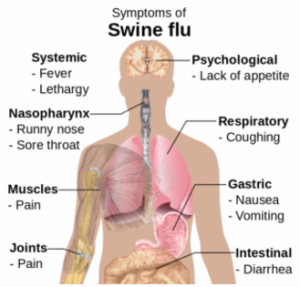