2. Conservation of the Environment

A new international science team measured temperature, saltiness and the speed of ocean currents throughout the North Atlantic to try to better understand the conveyor belt. The preliminary results after hundreds of measurements in 21 months found that engine was several hundreds of miles east of where they figured.

Mixing in the ocean occurs on several scales, the smallest scale being molecular. If a layer of warm, salty water lies above a layer of colder, fresher water, the heat and salt will tend to diffuse (spread out) downwards to make a single layer with intermediate temperature and salinity values. However, because heat diffuses faster than salt, the process can lead to local instabilities in the density structure which cause mixing within a layer many meters thick. The best-known example of this process, known as salt fingering, occurs where very salty water from the Mediterranean outflow mixes into the North Atlantic.

Most mixing, however, takes place on larger scales in response to forcing by the wind (in the upper layers), by tides (particularly close to shore or in confined areas or those with rough topography), or by currents. Mixing by winds and tides often results in a surface mixed layer having homogeneous temperature and salinity. This layer may be separated from the water below it by a jump in temperature or salinity, known as a thermocline or pycnocline, respectively.

Flow in the ocean is not smooth but turbulent, and this increases mixing at the edge of currents by causing eddies to form. Such turbulent mixing can often be seen in rivers immediately downstream of bridges, where the fast water flow is affected by the bridge piers.

It is a giant ocean conveyor belt that moves water from Greenland south to beyond the tip of Africa and into the Indian Ocean.

The Atlantic meridional overturning circulation (AMOC) is the zonally-integrated component of surface and deep currents in the Atlantic Ocean. It is characterized by a northward flow of warm, salty water in the upper layers of the Atlantic, and a southward flow of colder, deep waters that are part of the thermohaline circulation.

These "limbs" are linked by regions of overturning in the Nordic and Labrador Seas and the Southern Ocean. The AMOC is an important component of the Earth’s climate system, and is a result of both atmospheric and thermohaline drivers 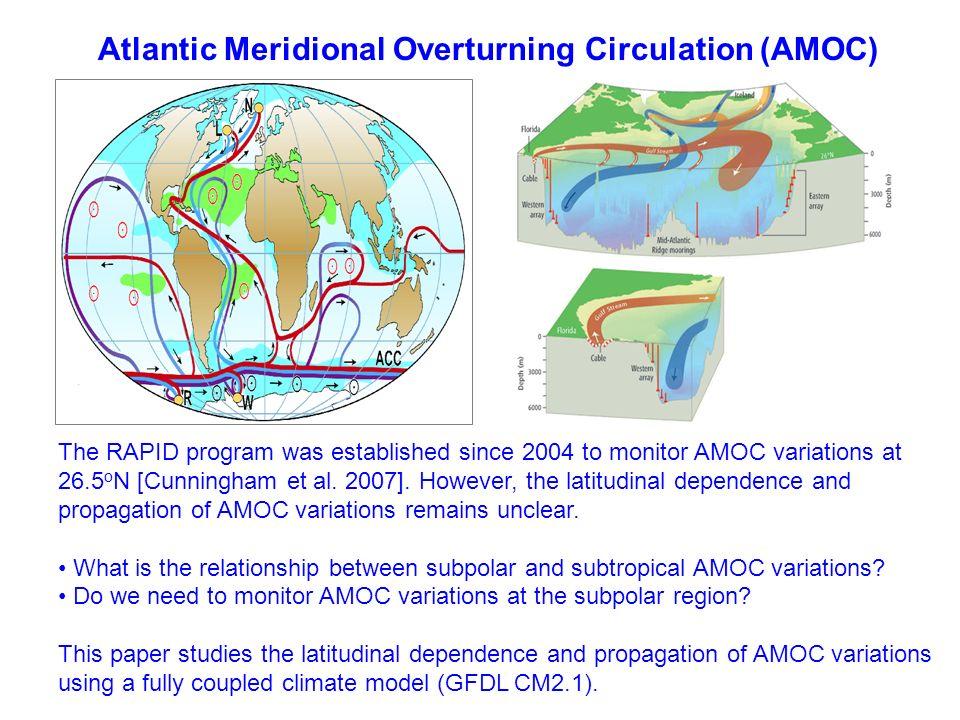 The net northward heat transport in the Atlantic is unique among global oceans, and is responsible for the relative warmth of the Northern Hemisphere.

AMOC carries up to 25% of the northward global atmosphere-ocean heat transport in the northern hemisphere. This is generally thought to ameliorate the climate of Northwest Europe, although this effect is the subject of debate.

As well as acting as a heat pump and high-latitude heat sink. AMOC is the largest carbon sink in the Northern Hemisphere, sequestering ∼0.7 PgC/year. This sequestration has significant implications for evolution of anthropogenic global warming - especially with respect to the recent and projected future decline in AMOC vigour.

Highlights of the study relating to support future decline in AMOC

1. Governmental Intervention in safeguarding the vulnerable sections of the society 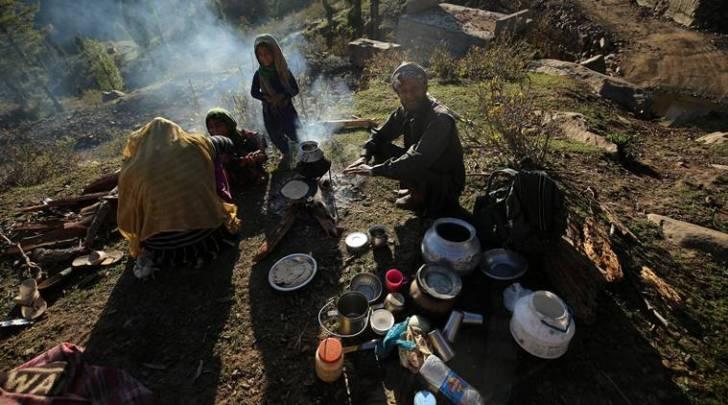 Prelims – About the panel, Related Commissions

The Centre will form a welfare panel for nomadic, semi-nomadic and de-notified communities.

More on detail about the panel 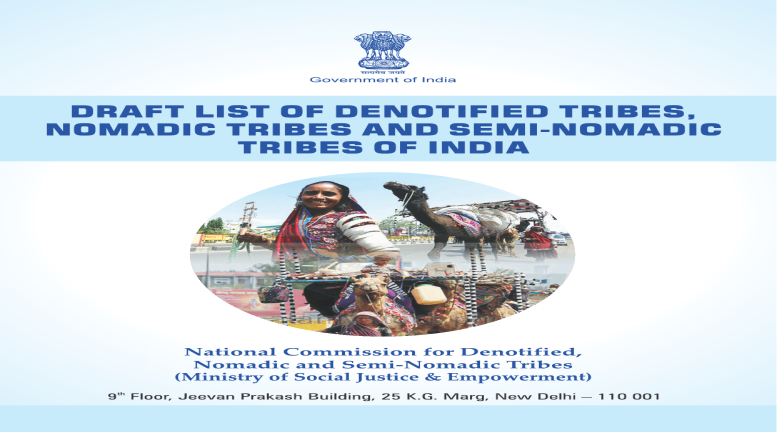 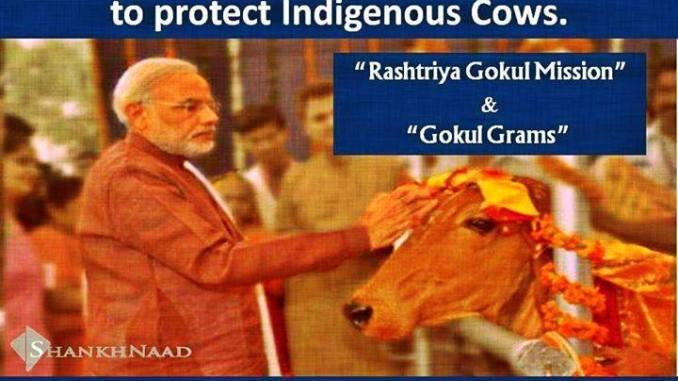 Prelims – About the mission and Department of Animal Health and Husbandry

Union Finance Minister has allotted Rs. 750 crore to the Rashtriya Gokul Mission (RGM) under revised estimates for the financial year 2018-19.

The RGM was launched in December 2014 on an outlay of Rs. 500 crore (2014-15 to 2016-2017) for developing and conserving indigenous breeds through selective breeding and genetically upgrading ‘nondescript’ bovine population.

Prelims and Mains – Highlights of the Budget

Interim Budget 2019-20 was presented in Parliament  by the Union Minister for Finance. Besides having a major Scheme for the farmers, it provides tax sops and sets the Developmental Agenda for the years to come.

Summary of the Budget 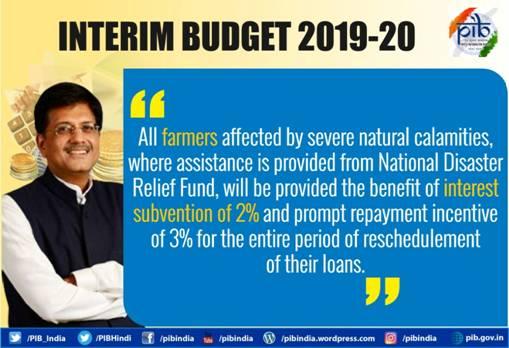 2. Rashtriya Kamdhenu Aayog - to upscale sustainable genetic upgradation of cow resources and to enhance production and productivity of cows has also been announced.

3. A Welfare Development Board to frame special strategies for the benefit of the hard-to-reach De-notified, Nomadic and Semi-Nomadic communities will be set up under the Ministry of Social Justice and Empowerment.

3. By March, 2019, all households will be provided with electricity connection. Till now, 143 crore LED bulbs have been provided in a mission mode which has resulted in saving of Rs.50,000 crore for the poor and middle class.

4. The world’s largest healthcare programme, Ayushman Bharat, to provide medical treatment to nearly 50 crore people in the country, around 10 lakh patients have already benefited through free treatment for medical treatment which would have otherwise cost them Rs. 3,000 crore. 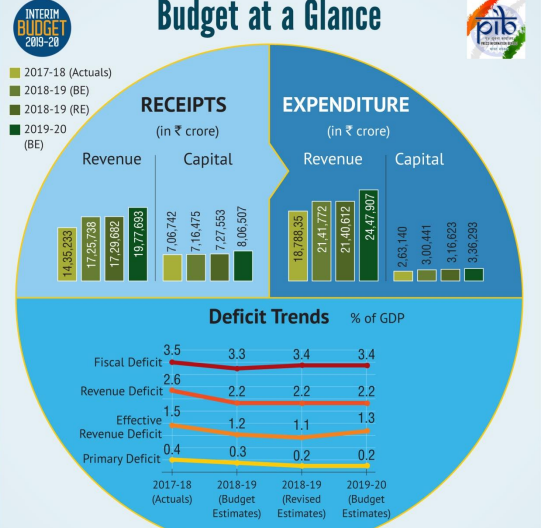 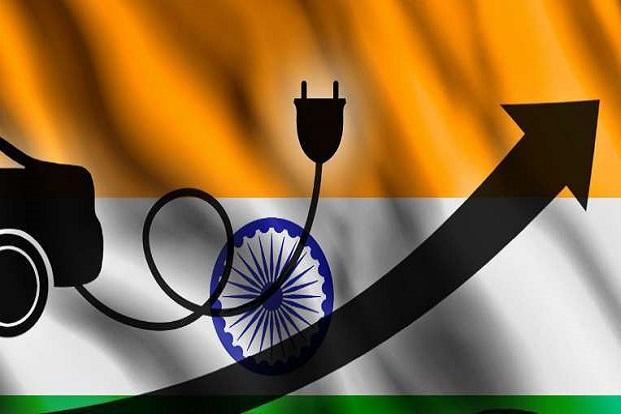 The government’s commitment for a ‘Clean & Green’ India through proposals in the interim budget such as measures to reduce the use of fossil fuel in a phased manner by 2030 is expected to ensure faster adoption of electric vehicles (EVs) and environment friendly mass transportation in the country. 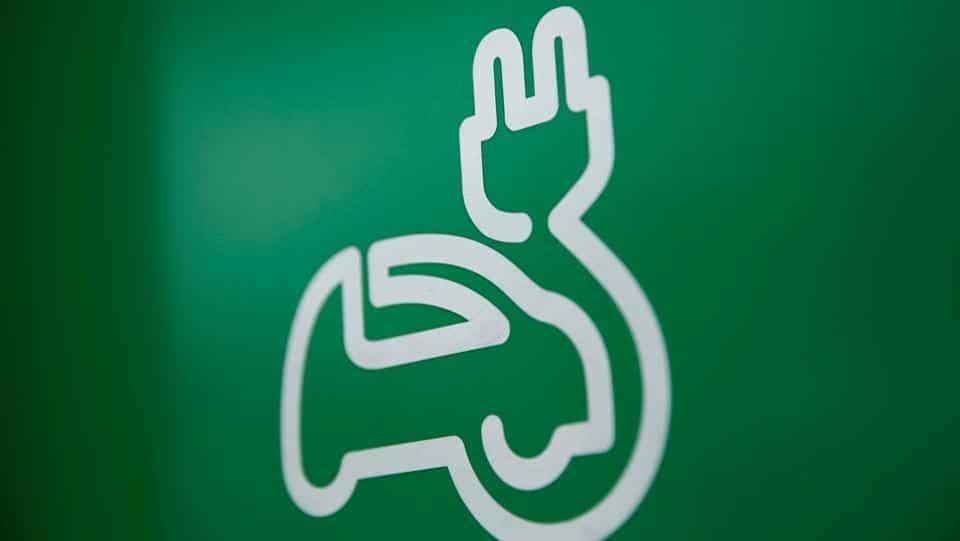